Goin to the Chapel // Sarah and Adrian

So my dear friends Sarah and Adrian were married a couple weekends ago. Okay so when I first heard they were going to be having the wedding at First Baptist Norco I wondered how they were going to pull it off. But it turned out absolutely incredible, with style and artsy flair to match their personalities. I wish I had more pictures of all the details, but you might be able to catch those soon on Zack's blog, he was the actual photographer, I was just an imposter, actually being in the wedding party. Sarah was sooo beautfiul and Adrian was quite the dapper groom, I was glad to be a part of their day. Anywho, I am excited for the pictures I actually got in and I'm even more excited to be friends with these two as they continue on through life as the Martinez family ; )

Sorry Jordan, I should've gotten this to you before Mother's Day...would've been perfect.

Posted by Unknown at 7:41 PM No comments:

Soo this past weekend we threw a farewell party for our wonderful friends, the Schaaps at Jamie and Nathan's. Putting aside the sadness of them moving to Minnesota so soon, we had a wonderful 'vunderful' time. We ate a lot of yumminess ranging from smores toasted over the bbq to the same type of cake they had at their wedding...we pretty much all felt sick after the gorge fest.

To help them remember their freakin awesome friends in cali, we had a lil photo sesh with M and M of which you'll see below. For some reason Mark and Megan can rock a sad face better than anyone out there, and I was made fun of for my lack of ability...whatev. After taking our turns with the guests of honor we played spoons and another card game that was new to me called 'Mow Mow'. Now I was warned that everyone would be fighting, and if you've ever played this game you know why.

The girls were crying, the guys were brawling, and many people threw down their cards and walked out.

Okay so that didn't really happen, but It really is one of the most frustrating games in the wooooooorld! We ended the night with the cake I was talking about earlier of which we lit up with candles and serenaded them with our version of "For He's A Jolly Good Fellow." I'm pretty sure as they blew out the candles they wished that they could find friends in MN half as great as we are ; )

Stay tuned because later on this week Megan and Mark are going to get all dressed up in wedding garb and do a "Trash the Dress" sesh with me before they leave. Sooo excited.

Posted by Unknown at 2:31 AM No comments:

Finally! Here are a few more from my sister's senior photos. My Teffie is about to graduate high school and then move on to college...It's so weird to think about how I just ended that part of my life and she's just about to begin it. I hope it's even better for her than it was for me.

I love her soo much and can't think of anyone else I love being around as much. Fretel and Gretel, Suzanne Wong, Mama Boobik, Pootie...they're just a bunch of weird words and names to all you reading, but to her and I they're fun and crazy memories that I hope we'll remember forever and still be laughing about twenty years down the road. I can't tell you how great she is...how much she teaches me. If you know her at all you know she's just about the most selfless, caring, and kindest person out there. I love her.

My Gooorgeous Seester. Part One.

Yesterday, we went out to get some pictures of my sister to use for her graduation coming up in about a month. Yup, we both were seniors at the same time...her high school, myself college. Precious, right? Anyways, as you'll be seeing she's a stunna' and I'm so excited to post the rest but for now I'll just leave a lil teaser with one of my favorites. 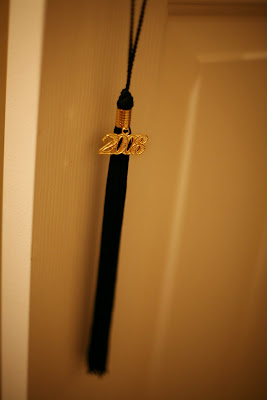 Soooo I am a big bad college grad. Yesh, it's true. I've been done since December of last year but with many family birthdays and Christmas I decided to walk in the spring with all my frien's : ) I'm glad I did. I thought it would be weird since I hadn't been in school for five months but it wasn't a bit. Suprisingly it felt so good to walk across the stage and grab my empty diploma tube. It gave a feeling of completion. Too bad 7500 people had to sit in the scorching sun and listen to about 500 names called to give me that feeling, I say it was worth it.

After I finally found my family in the midst of thousands, we headed home to 'the Beau' and had ourselves a fiesta. In my casita we indulged in some mighty fine food...a little taco bar does everyone good right. I've never seen our house so packed. My momma throws a mean party. It ended up being an awesome day and I was blessed to be surrounded by so many family and friends. Here's a few pics from throughout...

So nice of the guy behind me to stick out his tongue for this picture. Thank you, sir.